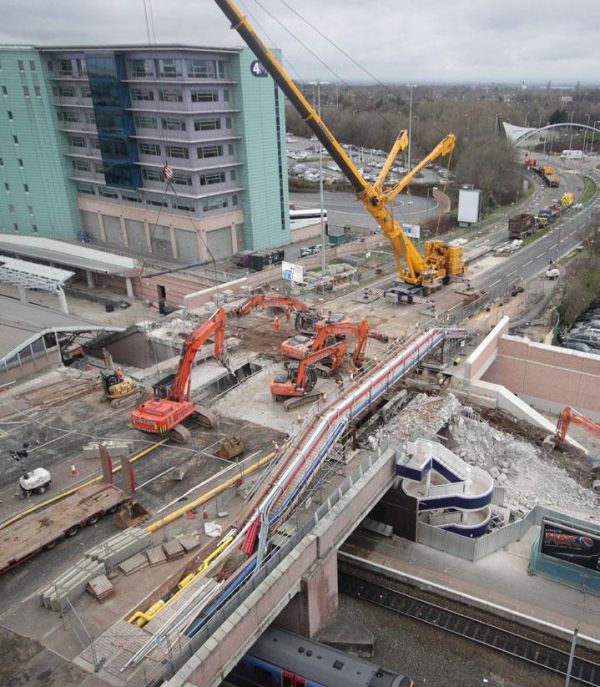 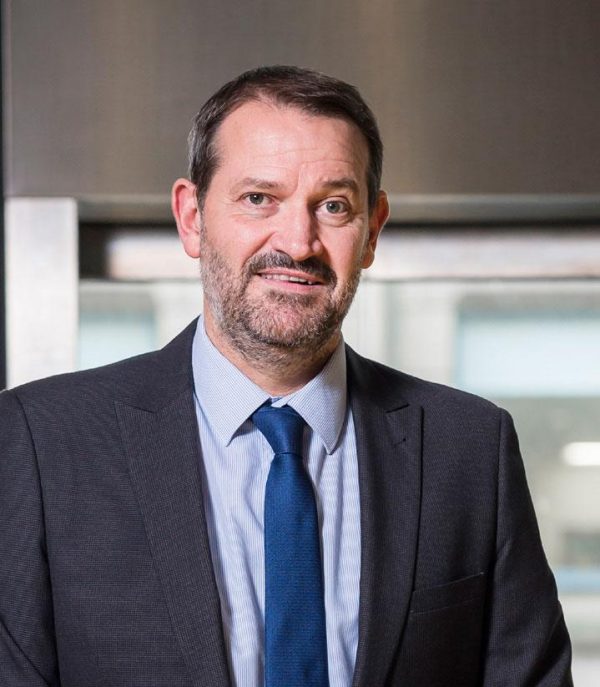 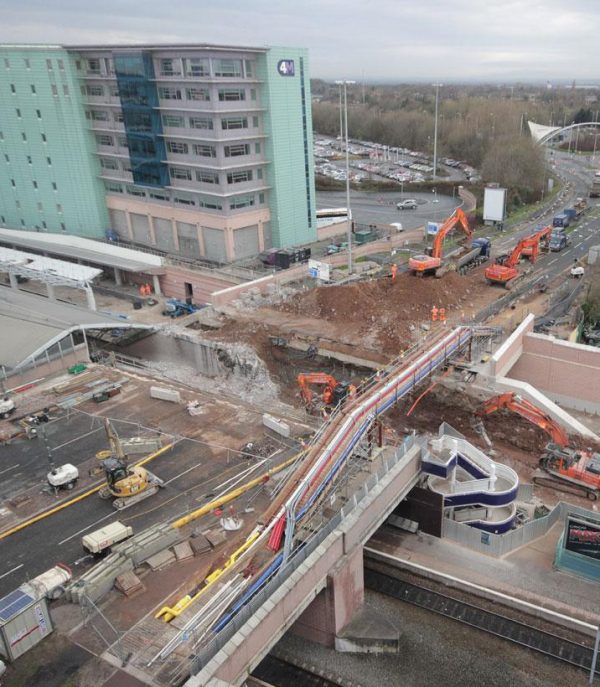 Our Utilities team were contacted by Network Rail, who having made the decision to bring forward the proposed 2018 completion date for the fourth platform at Manchester Airport railway station, would require our expertise to manage and co-ordinate the diversion of utilities.

The fourth railway platform at Manchester Airport was an upgrade – which allowed extra services to call at the Airport and provide passengers with better access from across the North of England – all as part of the Northern Hub, a £1bn investment for the railway in the North.

Network Rail’s decision combined the ongoing works being undertaken to construct the Metrolink line to the station within this project, in order to take advantage of the access opportunities already established.

Phase One of the works was to be undertaken by the Metrolink contractor M_Pact Thales which included the construction of the fourth platform and the rebuilding of Outwood Lane bridge, in order to remove the existing abutment and provide a span over the third and fourth lines and the new tram link. Our scope was to manage and coordinate the utility diversions on to a temporary structure in order to facilitate the construction of the new bridge span.

Using historical programme data from M_Pact Thales who had undertaken the same task to construct the Metrolink bridge over Outwood Lane, the temporary utility diversions activity had a duration of twelve months. The first key milestone date was the blockade on platform three which was scheduled for Easter 2014, including a road closure on Outwood Lane impacting the main airport access off the motorway network. This gave the project a challenge of reducing the duration of the programme by 25% to nine months at one of the main transport hubs in the North West of England.

At this stage, we had C3 budget estimates only, so standard durations set out under the New Roads and Street Works Act meant that we needed to find a solution that reduced the durations, in order to achieve the milestone date for Easter 2014. At the first meeting with the Utility Companies and Stakeholders, it was recognised that the main challenge would be the delivery phase.

The solution was for one Utility Company to take the lead (Electricity North West) by returning the C4 estimate early to enable procurement to commence, so that a start on site date of September 2013 could be achieved. Working closely with stakeholders, Transport for Greater Manchester and Manchester Airport Group it was agreed that at this key location it would benefit from having one site in order to reduce disruption and minimise traffic management impact. The advantages of this solution meant that more than one Utility Company could be present on site. Through this coordinated approach the programme was completed in six months, a 50% reduction from the estimated target.

The benefits received from this project include understanding what can be achieved by setting up a joint working group between all participants in order to achieve challenging targets. Our approach and the key to successful delivery is to engage early, in order to understand issues and risks that third parties such as the Utility Companies are faced with, due to the impact of infrastructure schemes on their networks.

By adopting a collaborative approach through the design and planning stage with the Utility Companies and Stakeholders which included several workshops, we have now established this process on subsequent projects and now forms parts of our written strategy from the outset.

“I wanted to thank you for your considerable efforts on the utility diversions at Outwood Lane. I am very conscious that the timescales you were working to were extremely challenging and without your expertise, the utility diversions would not have been completed in such a compressed timeframe. As such you have played an absolutely vital role in ensuring that the advanced civils works for the fourth platform, were successfully completed in the three-week blockade.”

As part of the Transpire Alliance, D2 Rail’s Utilities Management team was appointed in 2018 to oversee the management of statutory utility assets for the section of route between Manchester Victoria and Leeds.

Our Utilities team were contacted by Network Rail, who having made the decision to bring forward the proposed 2018 completion date for the fourth platform at Manchester Airport railway station, would require our expertise to manage and co-ordinate the diversion of utilities.